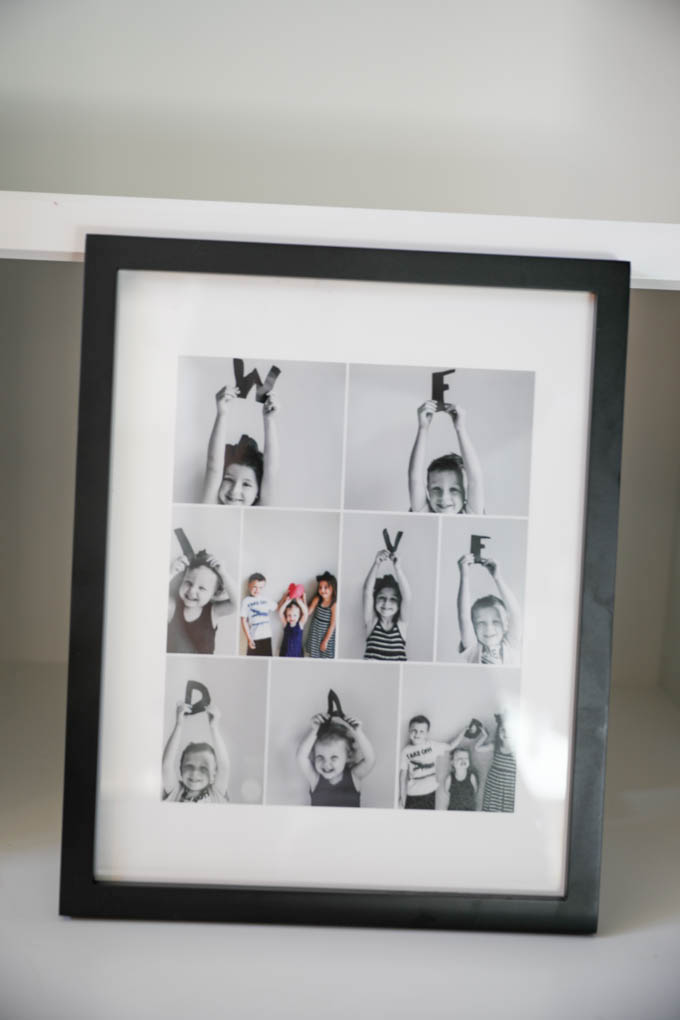 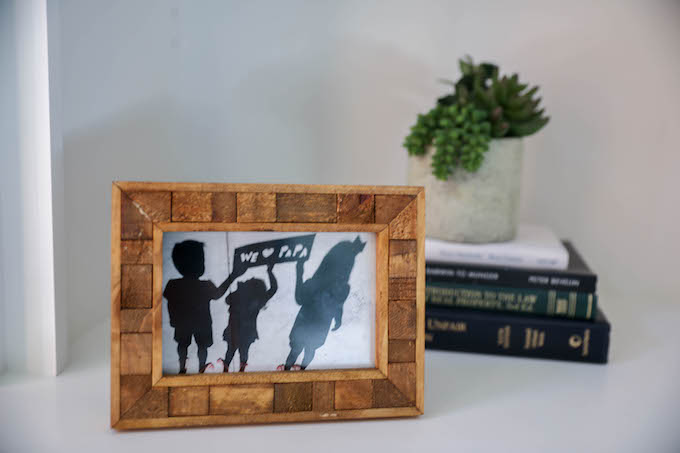 ﻿
I was looking for more personal Father’s Day gifts this year and stayed up way too late the other night searching Pinterest for some fun ideas. I found a couple that I tweaked to make my own and love how they turned out!! The kids were actually pretty excited about the project too…they weren’t quite sure how it would come together and were so excited to see the final pictures. We are very excited to get these presents to their deserving Dads on Sunday. Read on to see how each one was made!
﻿ 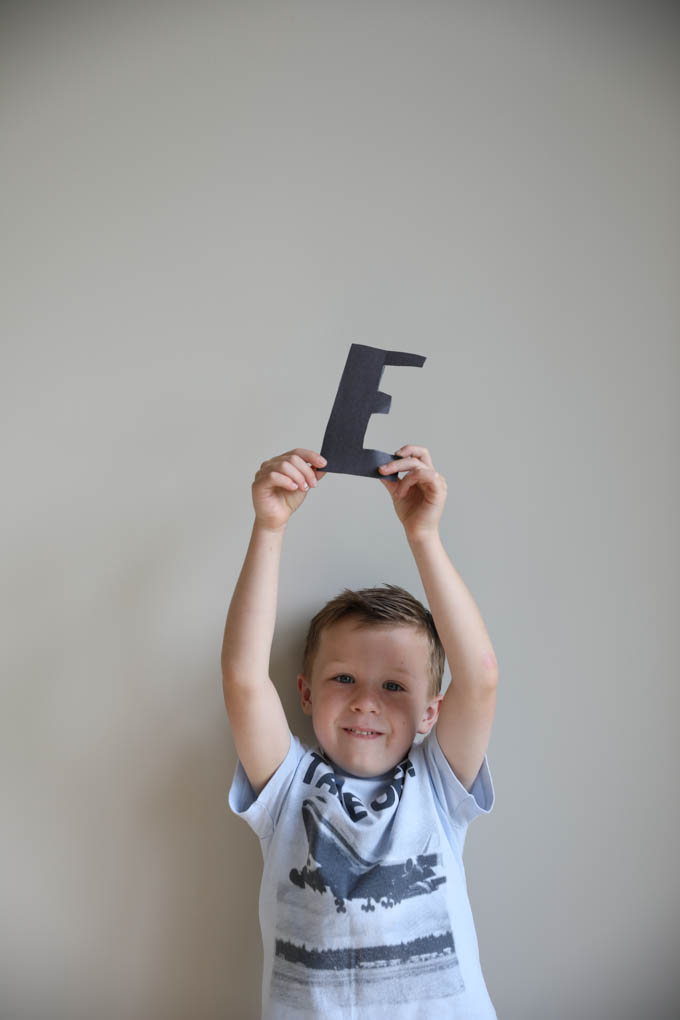 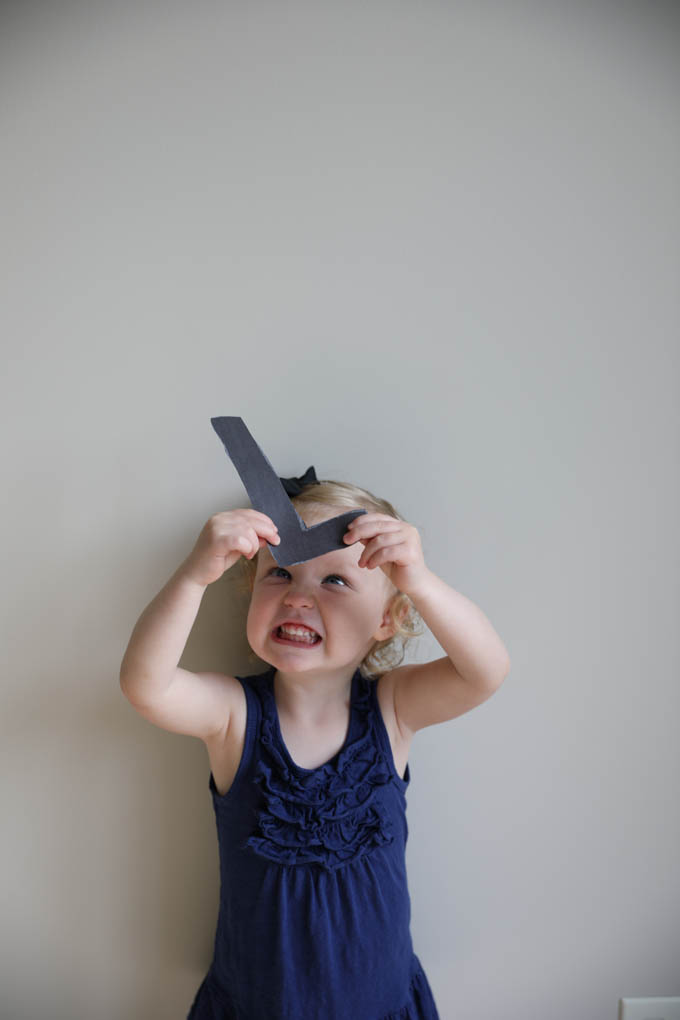 I first took pictures of each kid holding the letters to We Love Dad. You would think this would be an easy task, but with 3 kids all running around with 5 letters, and wanting to keep the number of pictures each kid got equal, it got confusing fast. I recommend writing out your phrase and assigning each letter to a child or group. I did and still managed to mess it up a little 😉
I took their pictures against a well lit wall with indirect light. I initially had them holding the letters, but they were a little difficult to see them against their bodies. Having them hold them up resulted in slightly less difficult to read letters 😉 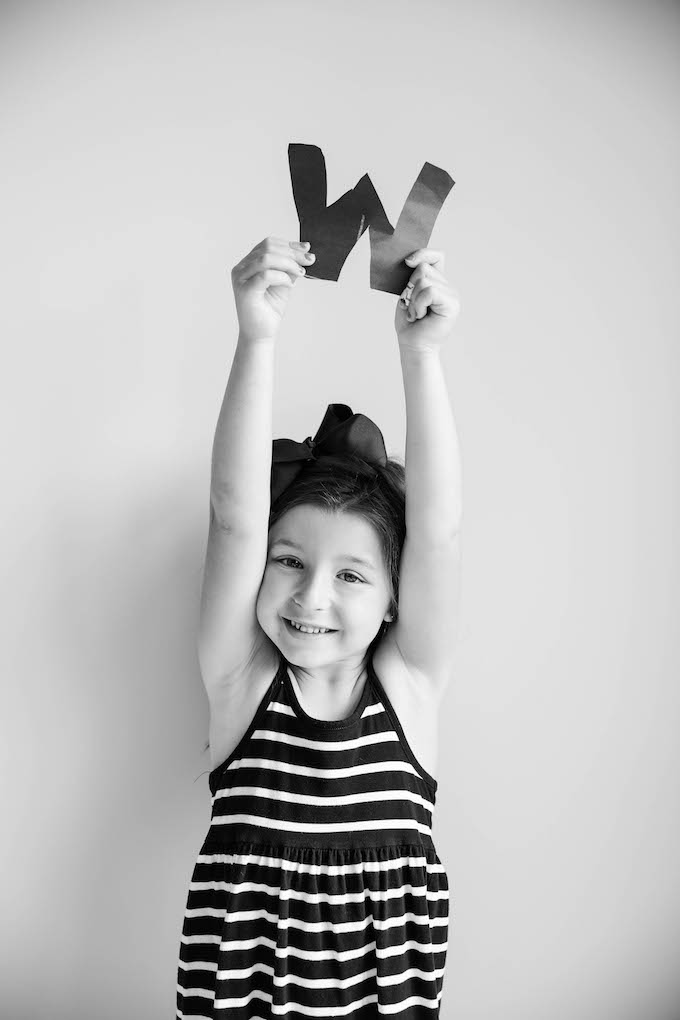 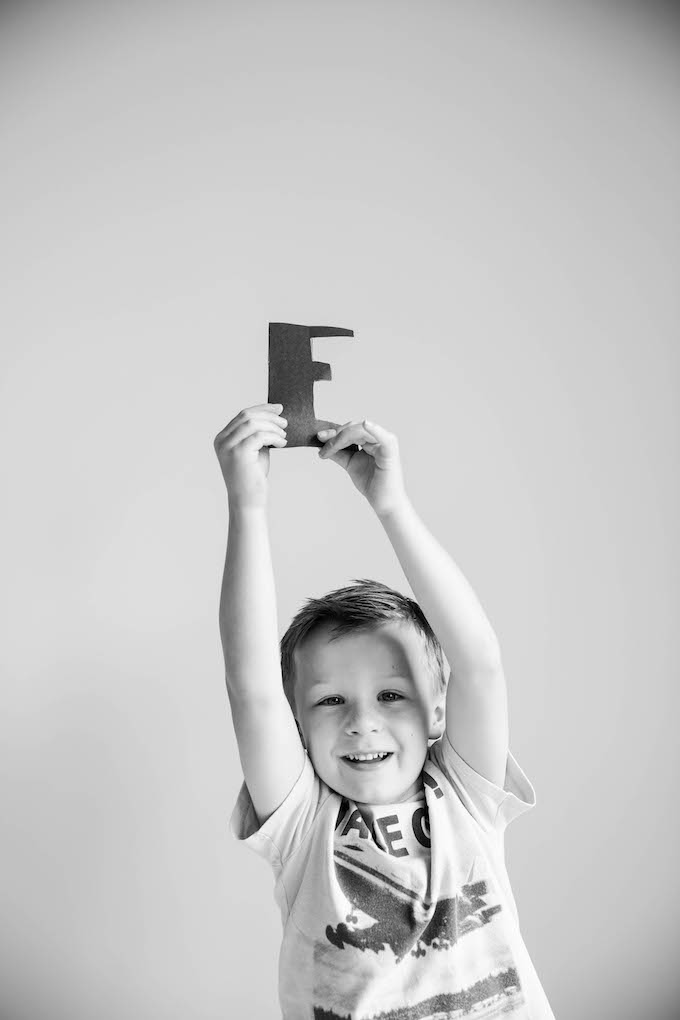 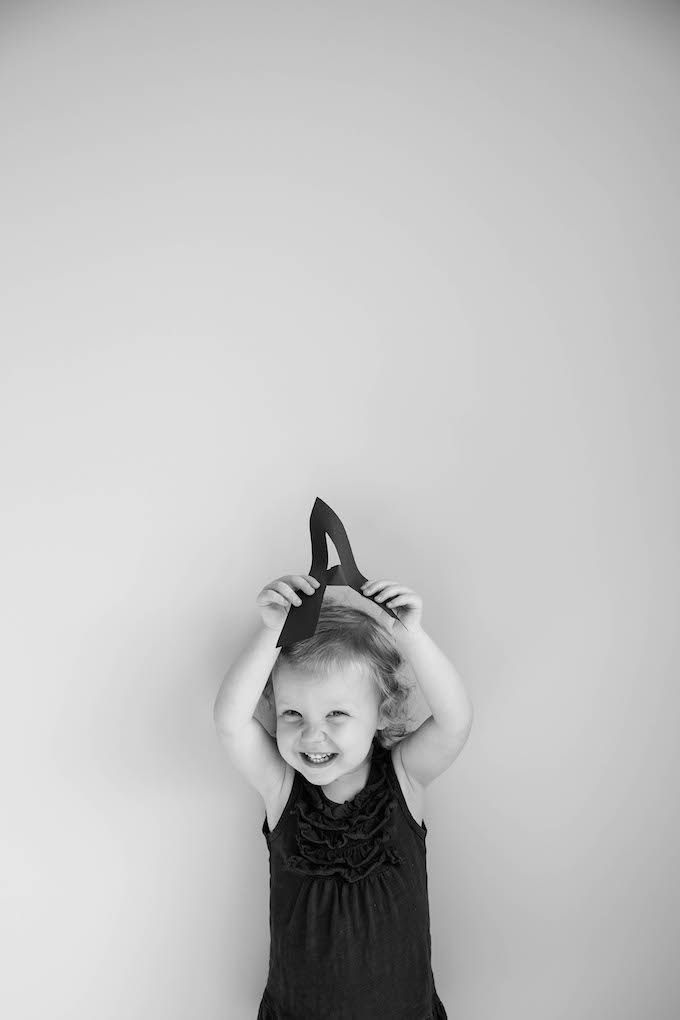 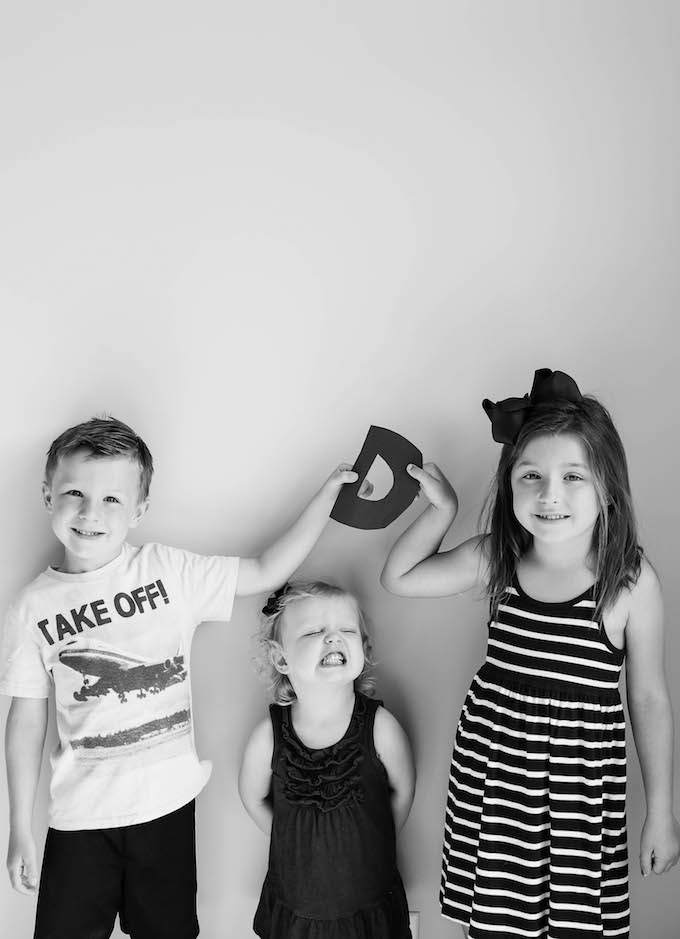 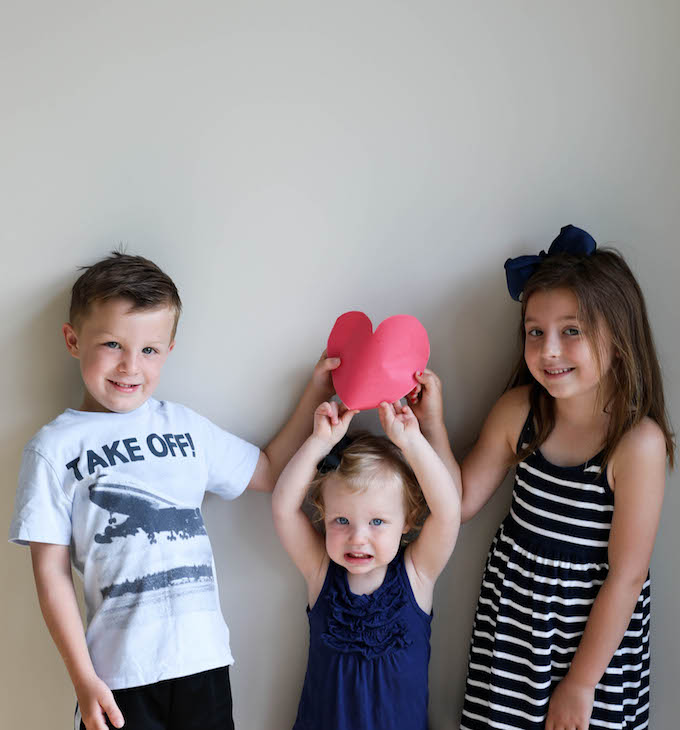 Next I edited the pictures. I chose to do all except the one of them holding the heart in black and white. I also tried to crop to similar size and ratios. I would recommend taking the photos further back allowing you more room to crop. Also, take a lot of pictures…the odds of you being able to go back and shoot with this lighting or kids’ cooperation is very slim. 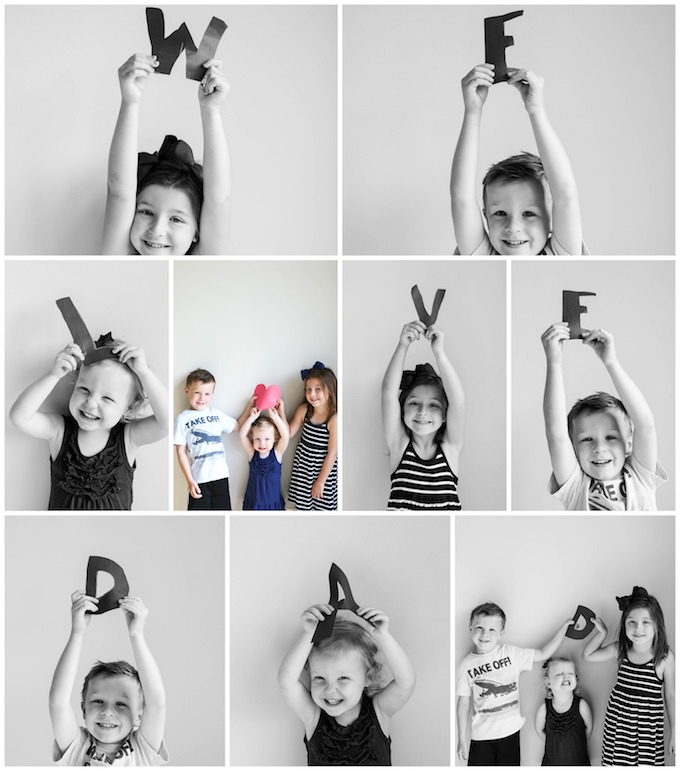 Next I combined the images into a collage – I use PicMonkey for my collages. Caution when you are selecting your size of your final image…it may not print to the size you want. 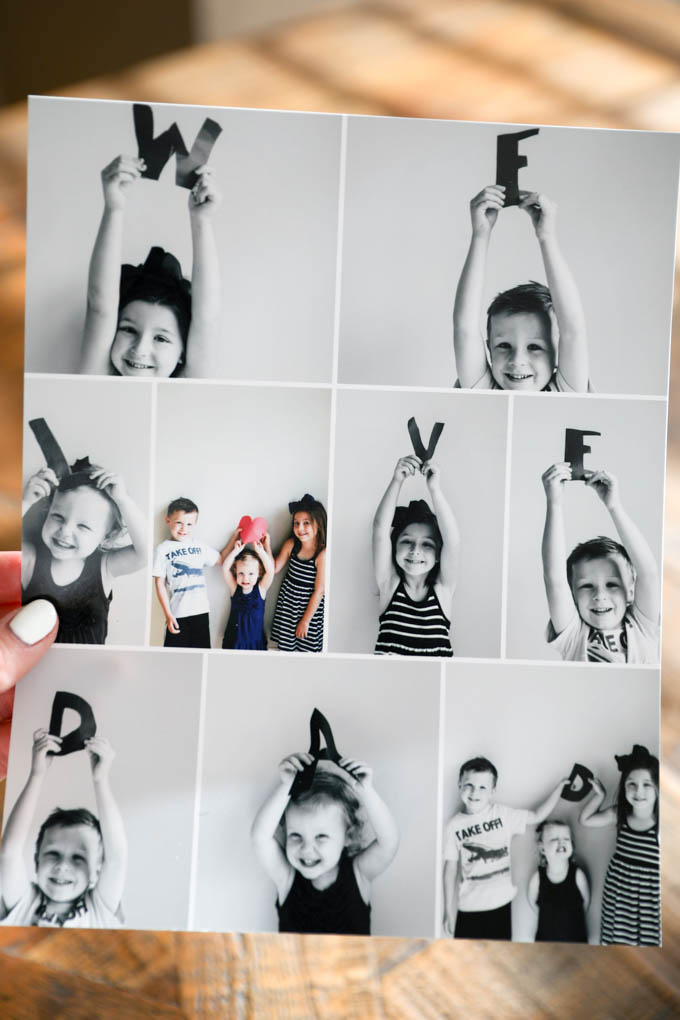 For our Grandpas, we tried something a little different and took advantage of the morning’s bright, bright sun. I took a piece of cardboard from one of our hundreds of moving boxes. I then used a utility knife to cut out the letters – this took  me longer than I care to admit… 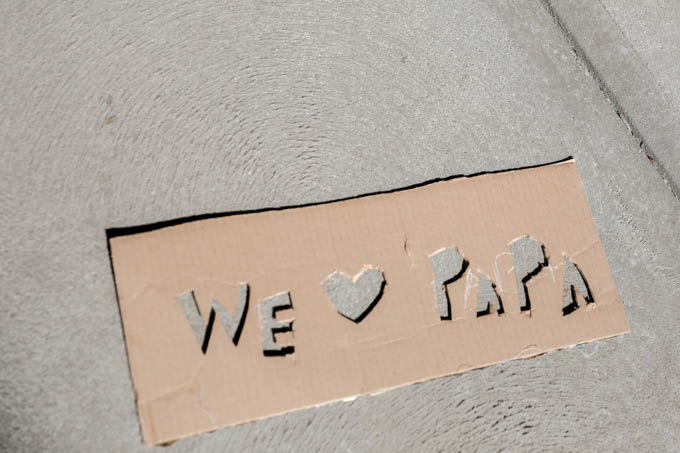 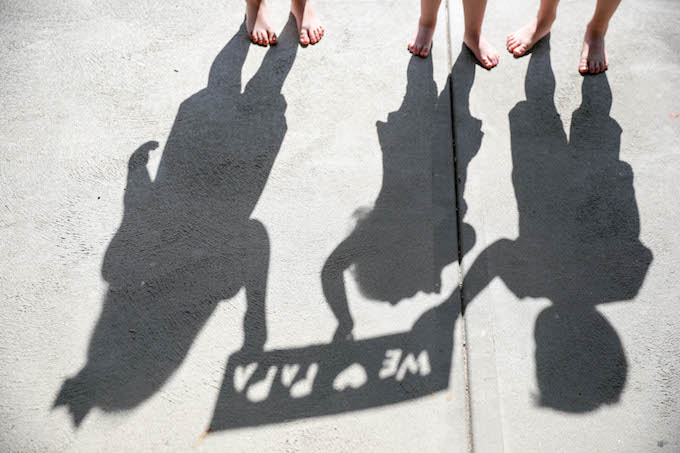 I then had the kids stand with their backs to the sun and each hold a part of the sign. I tried to space them out enough that you could see their silhouette. When taking their picture, I also tried to keep their feet in the picture because they are just too cute. The picture you are taking is the upside down version of the final product.
I did minimal editing to the picture – just cropped to the size I wanted. 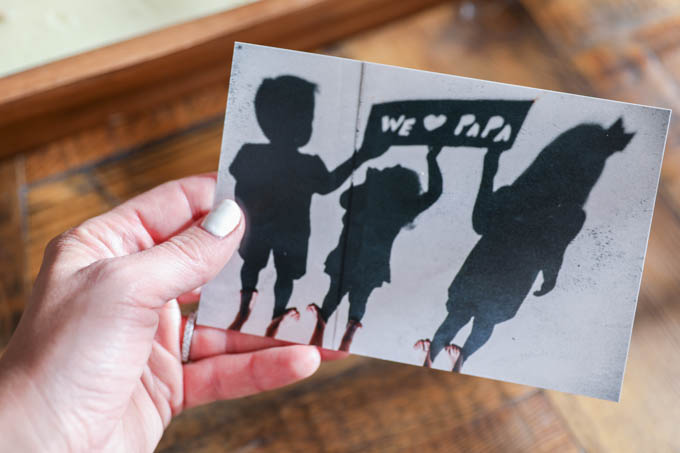 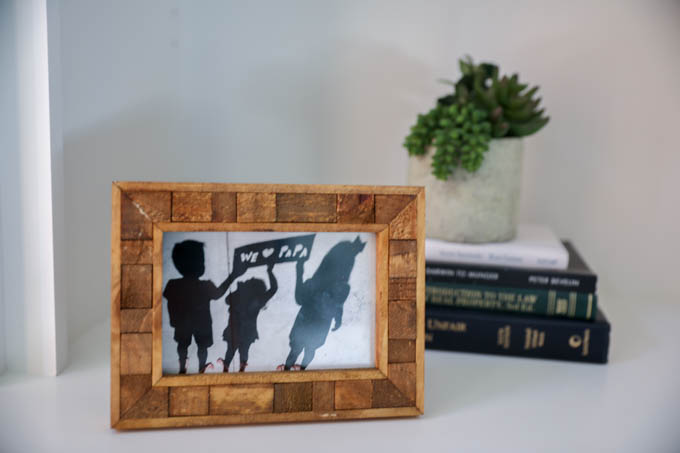 I love love how these turned out!! The kids were pretty excited about them too. If you are looking for a sweet Father’s Day gift – this is it. Bonus, if you waited until the last minute, there is still time!!
XO, Brooke
0
0 Leave a Comment
Previous Summer in the Bag Giveaway
Next House Update

What is LiketoKnow.it and How to Shop My Look...

Hi! I am Brooke Wegner. Blushing Momma is a space where I share things I am passionate about...fashion, skincare, home decor, and motherhood. It is also a place where I share my journey through motherhood and life's beautiful, fun, and difficult moments. I am so glad you are here!

This error message is only visible to WordPress admins