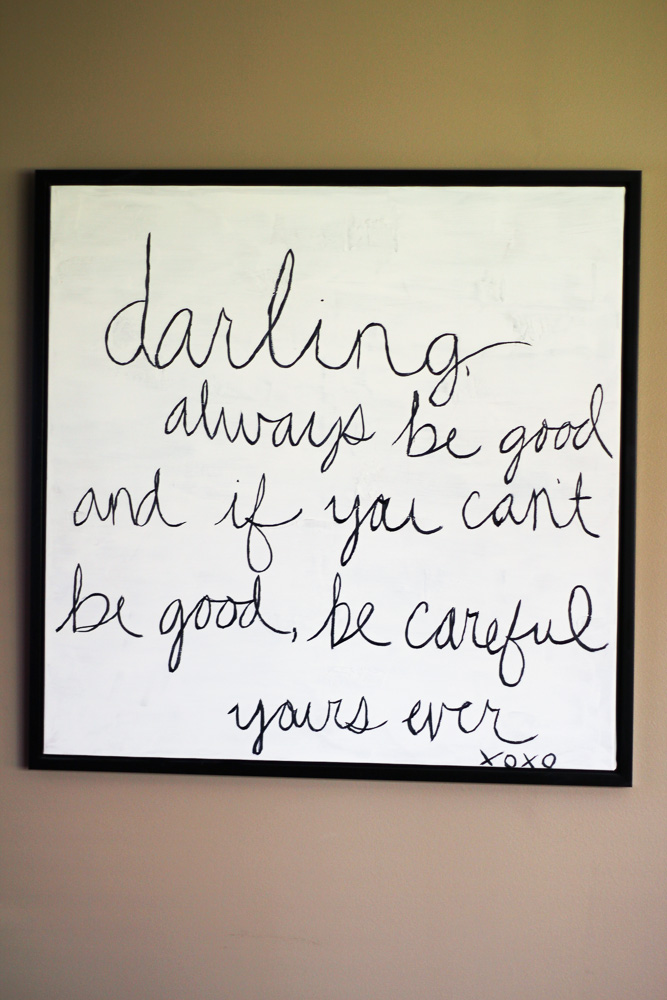 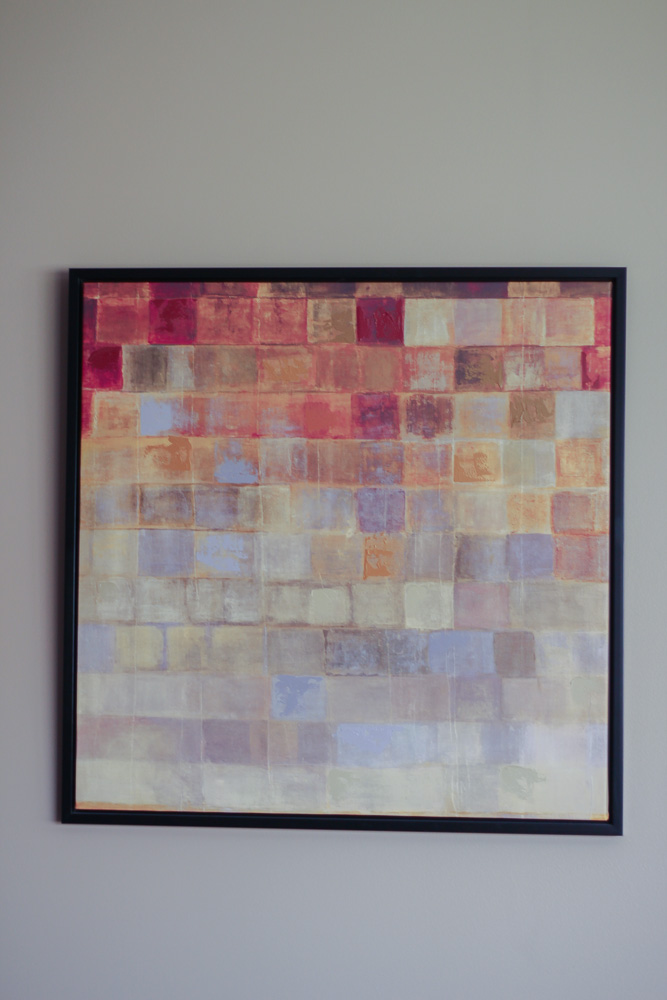 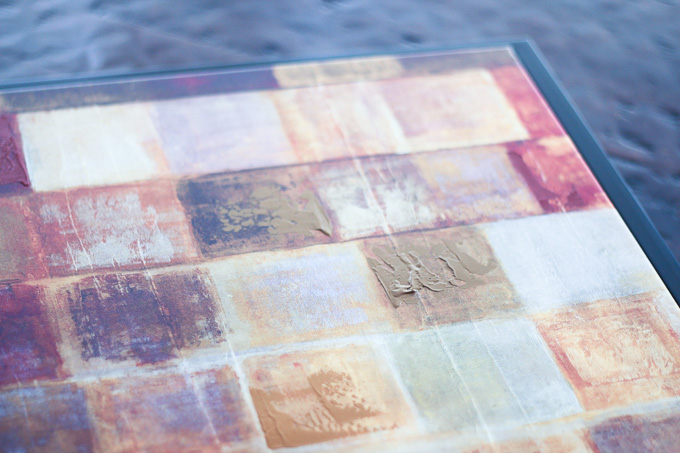 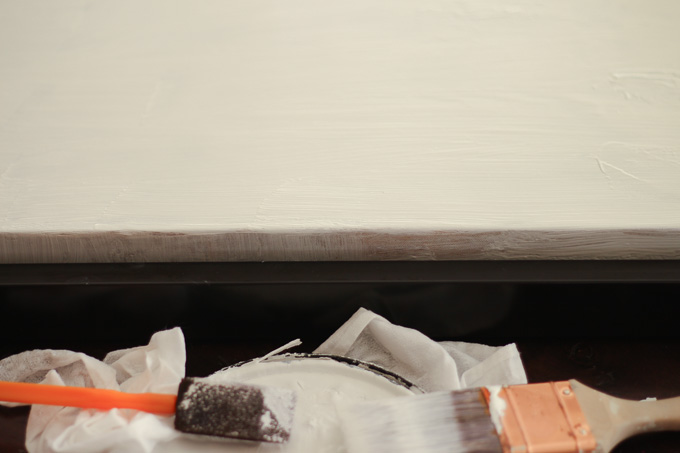 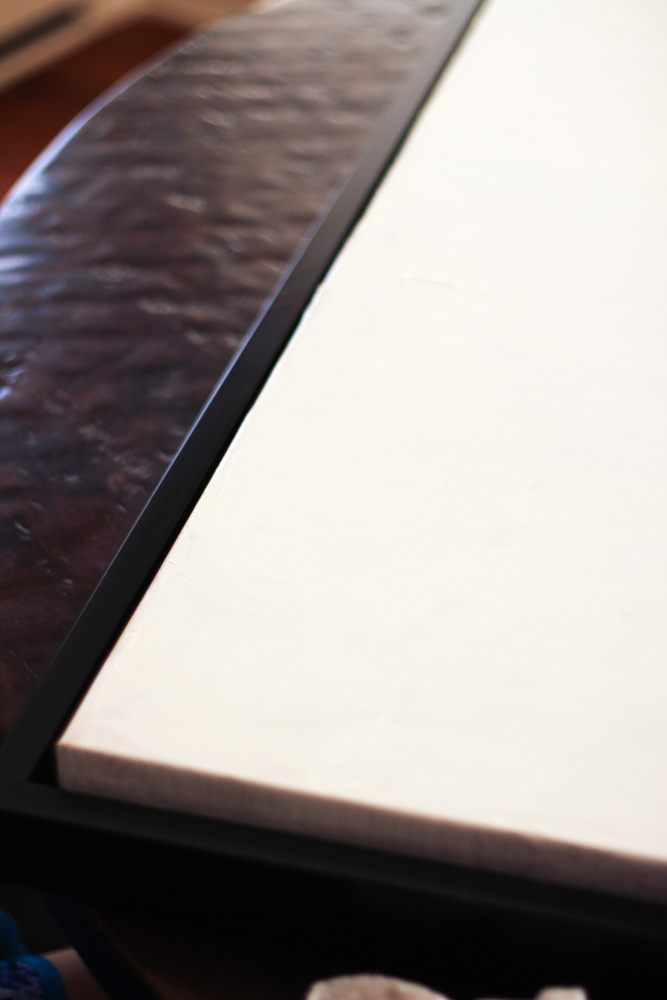 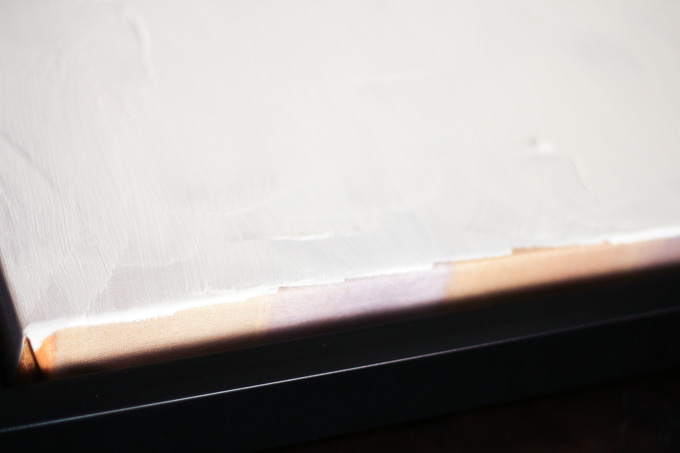 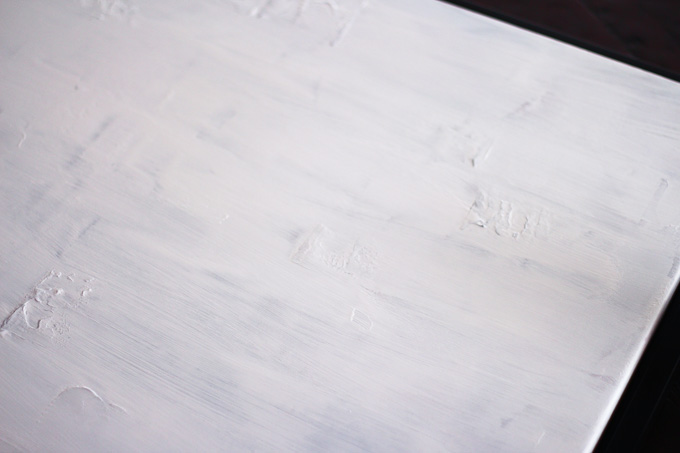 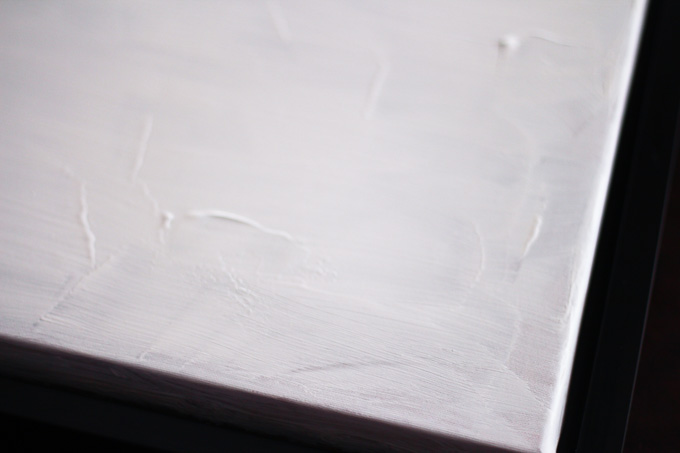 Writing script with a pencil
(And yes, that is a Ninja Turtle pencil) 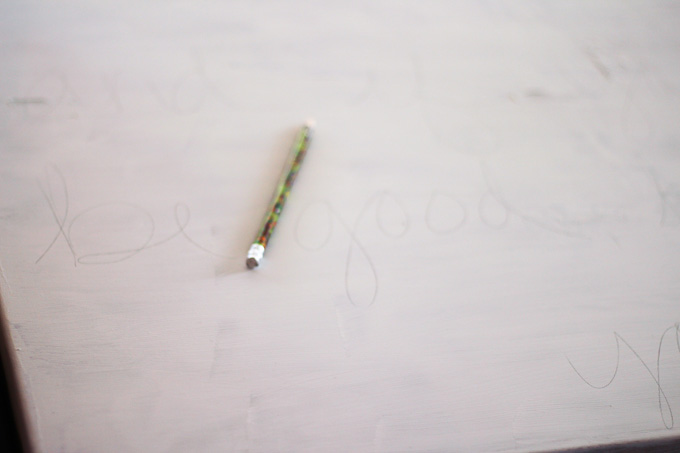 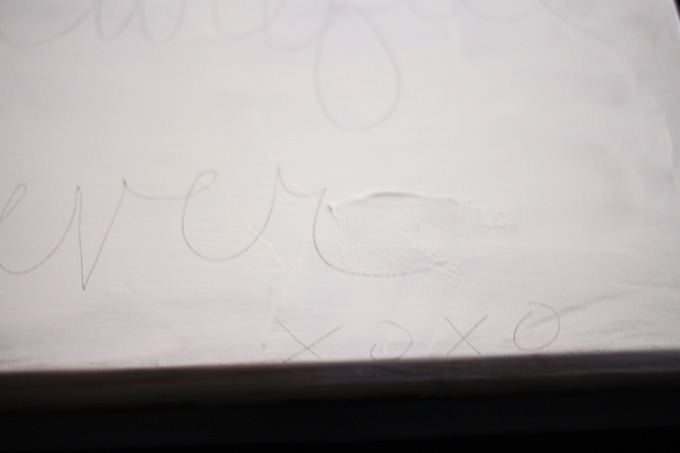 Tracing with a black marker 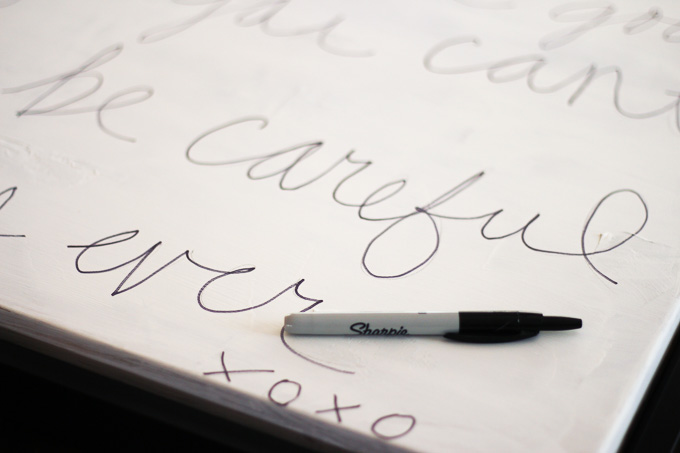 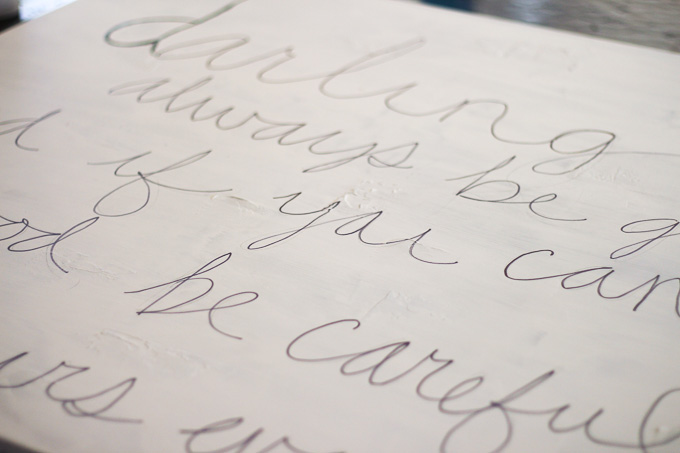 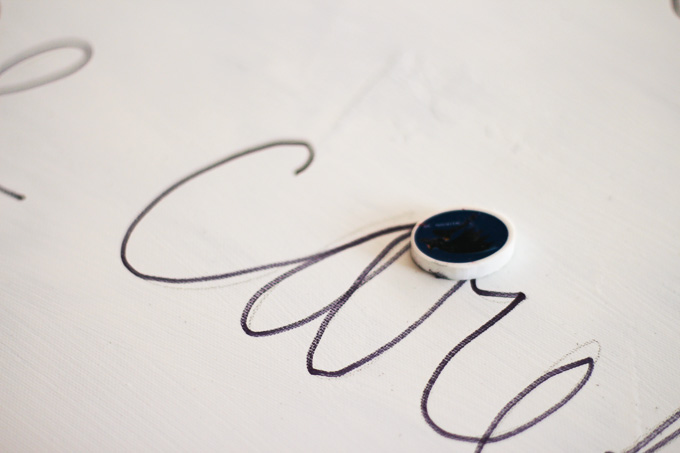 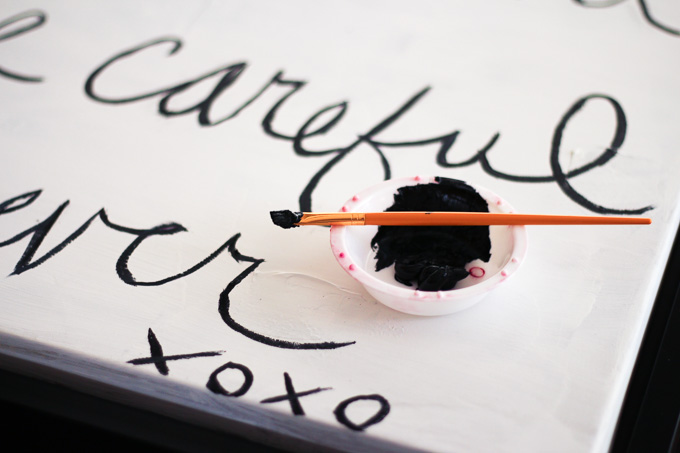 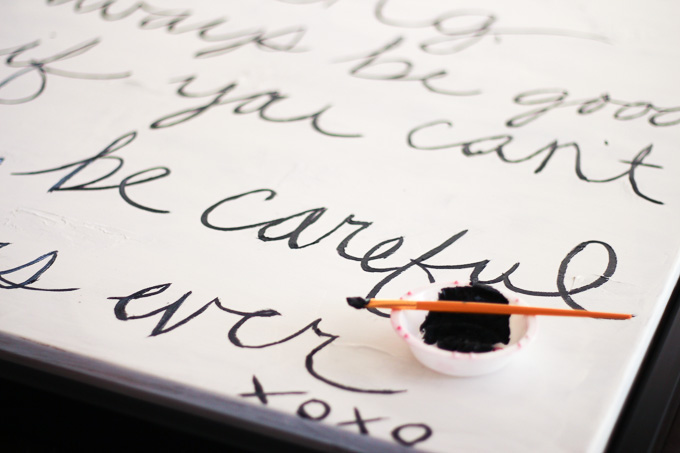 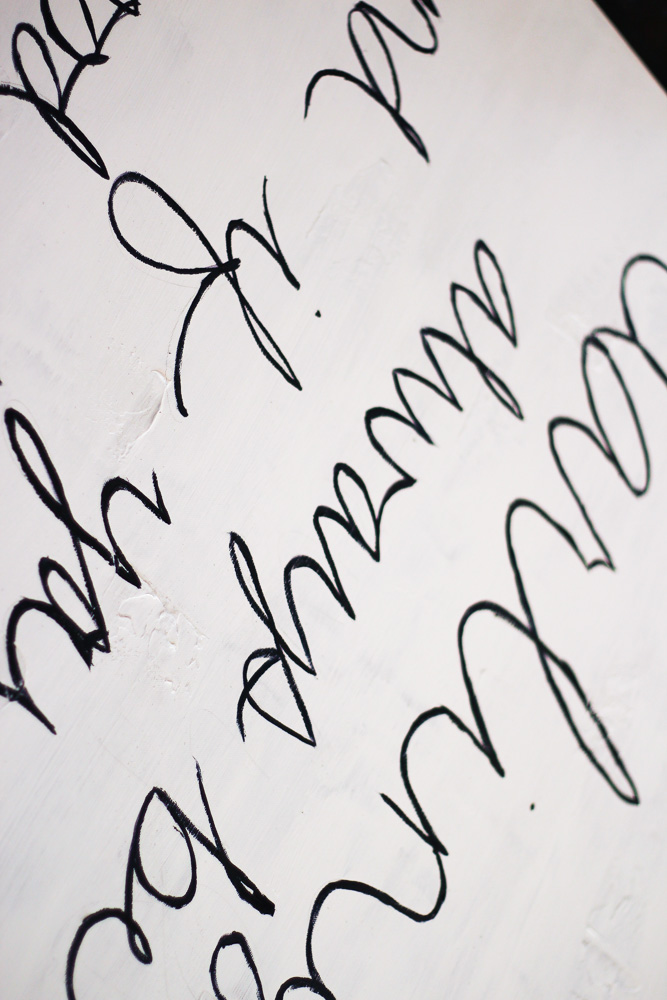 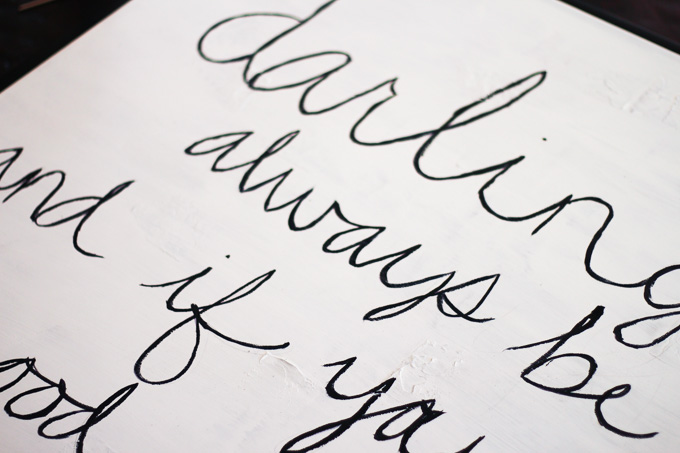 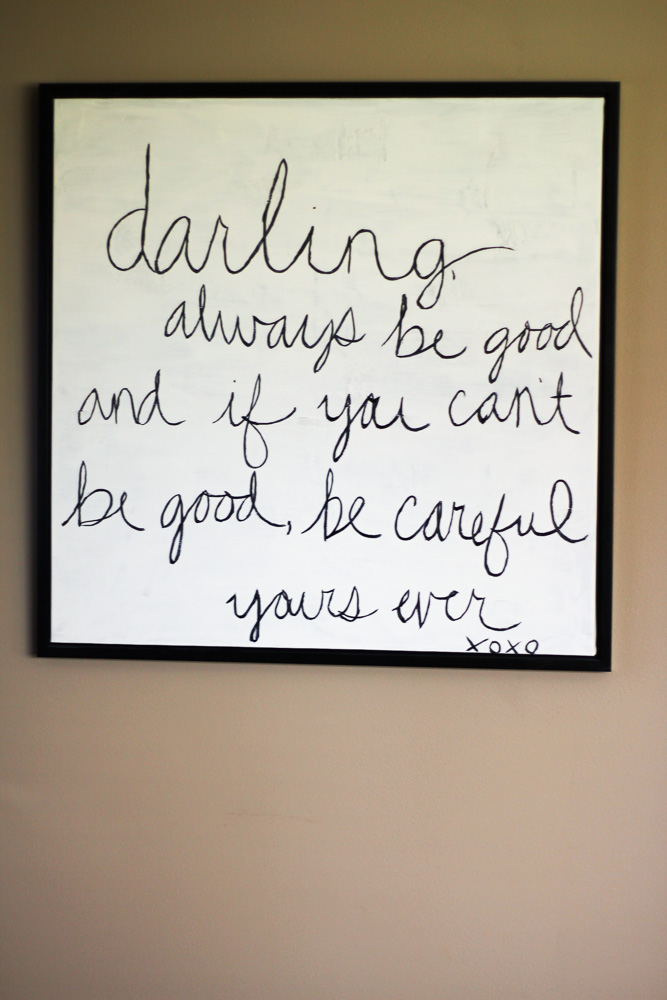 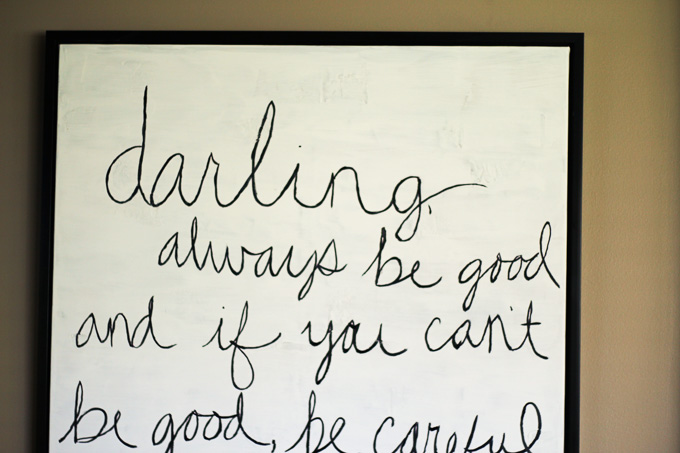 Wall art with special quotes has been a trend that I really like for the home. I have gotten a couple fun pieces for my home and wanted to get one for my basement update, but I didn’t want to spend the money on a new one. I love repurposing pieces of art…some turn out and some for sure do not. I think this one turned out!

I had an old framed canvas in our basement that was close to going in the trash. I am in the process of updating the basement, and this was one of the first pieces that needed to go. The size worked perfect for the space, so I thought I would try to update myself.

I began by painting the canvas white. When I got the idea to update it, I just wanted it done. So I searched the house and found a bucket of wall paint under the stairs…no clue what this was from and I am thinking it has been under there since we built the house. But it was white and free = perfect. I painted two coats on the canvas. The original canvas did have some texture on it, which ended up adding a good look to the final finish.

Next I chose my quote. This was hard! I searched Pinterest and bugged Aaron until he politely told me he didn’t give a s@#*. I found, what I think, to be the perfect quote for our basement family room.

I began by writing the quote on in pencil. I did have a couple areas that I had to erase and edit. I wanted the script to appear free handed and slightly “messy”. Next I traced the pencil with a black marker as this would make painting on it a little easier. Finally, I painted over the words with black paint using a fine tip brush. I used oil paint to paint the words…in part because it was some of the only black paint I had, and also because I did not want the words to have a dull finish.

I was pretty happy with the finished product! It gave the area an instant (and needed) update. And it was FREE = yay! Happy Painting!!

Multifunctional Paper Roll for the Home

What is LiketoKnow.it and How to Shop My Look...

Hi! I am Brooke Wegner. Blushing Momma is a space where I share things I am passionate about...fashion, skincare, home decor, and motherhood. It is also a place where I share my journey through motherhood and life's beautiful, fun, and difficult moments. I am so glad you are here!

This error message is only visible to WordPress admins